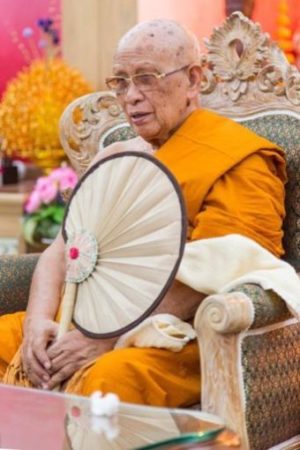 Venerable Phra Ajarn Tong Sirimangalo was born in 1923 and has given his whole life to the practice and dissemination of Vipassana meditation. In the year of 1934 he ordained as a novice and in 1944 he was fully ordained as a monk. In the 1950s he was sent to Wat Mahathat in Bangkok for one year as the only representative of the Northern-Thai Sangha to practice Vipassana meditation based on the Four Foundations of Mindfulness. In the following two years he learned and studied in Burma amongst others with Venerable Mahasi Sayadaw Bhaddantasobhana Mahathera.

Venerable Phra Ajarn Tong Sirimangalo was one of the most respected meditation teachers in Thailand. Since early 1980s he has also conducted Vipassana courses in Europe and America. He predominantly lived and teached in Wat Phradhatu Sri Chomtong Voravihara near Chiang Mai in Thailand. This is a large and well-known meditation monastery, which has an affiliated international center for foreign meditators. The latter is managed by Khun Thanat and Khun Kathryn Chindaporn.

On December 13, 2019, at the age of 96, our most revered teacher left this world. We are grateful for all the years of teaching and tireless support that the Most Venerable Phra Prom Mongkol Vi has given so generously to so many. 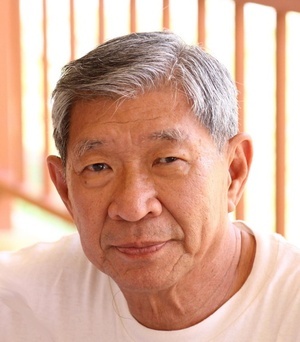 Khun Thanat was a senior disciple of Venerable Phra Prom Mongkol Vi (Ven. Phra Ajarn Tong Sirimangalo). He was a teacher of Satipatthana Vipassana meditation in the Theravada Buddhist tradition of Thailand and was the Director of the International Meditation Department at Wat Phradhatu Sri Chomtong Voravihara, which was established in 2000.

In 2004 Khun Thanat received Thailand’s “Sema Dhammacakka” for his dissemination of Buddhism worldwide.

Khun Thanat passed away on March 31, 2022 at the age of 80. We are grateful for his tireless work, because of him many people all over the world have had and will have access to Vipassana meditation in the tradition of the Most Venerable Phra Prom Mongkol Vi. 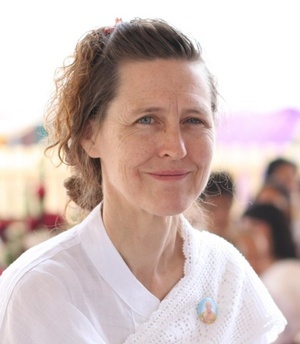 Khun Kathryn has been a lecturer at the Mahachulalongkorn Rajavidyalaya Buddhist University in Chiang Mai since 1999 and is currently Thai-English interpreter, Assistant Director and meditation teacher at the International Meditation Department at Wat Phradhatu Sri Chomtong Voravihara, Chiang Mai.

Since 1989 she has interpreted for Thai meditation masters and has published five Thai-English Buddhist translations.

In 2000 Khun Kathryn received the “Benefactor of Buddhism Award” of Chiang Mai Province and the “Sema Dhammacakka” in recognition of International Dissemination of Buddhism. The latter conferred by HRH Princess Maha Chakri Sirindhorn of Thailand.Since 1989 she has interpreted for Thai meditation masters and has published five Thai-English Buddhist translations.